Industry rules of thumb suggest that aircraft users with an annual need for up to, say, 50 flight hours typically charter. From 50-100 flight hours, a block of charter time is best perhaps purchased at a negotiated rate.

From 100 to 200 hours, joint ownership, co-ownership or a fractional share may make the most sense, with full ownership often being most appropriate above 200 or more hours annually.

Nevertheless, it is clearly true that many private users are in the position to make the decision whether to own an aircraft or not based purely on their own personal needs and requirements rather than a rigid application of an estimation of the number of flight hours to be operated.

When asked by a prospective purchaser the cost of operating a new private jet, one aircraft salesman was heard to say,
“A couple of million dollars for the first hour, thereafter a couple of thousand bucks an hour”. This is simplistic but valid assessment of the principle. The true overall cost per hour reduces significantly with each hour flown.

The typical annual utilisation for a privately owned and operated corporate jet aircraft is between 300-800 hours. Utilisation projections can be used to establish an approximate budget for planning purposes, however fixed and variable costs should be identified separately. The fixed cost is the facility or opportunity cost, i.e. the ‘cost of the first hour’. The variable cost is the actual cost of use, i.e. the cost of each subsequent hour.

A personal aircraft provides the opportunity to dictate that the highest possible standards of safety, security, flexibility and on-board service are constantly assured. 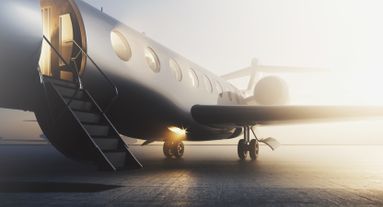 Many of these operators provide, subject of course to aircraft and crew availability, immediate response 24-hours a day.

Fractional ownership permits the shareowner to utilise one or more of a pool of similar machines (some of which may be the advertised new aircraft and others older aircraft purchased preowned) for an agreed number of hours each year. Fractional operators typically also offer a block-hours Jet-Card type arrangement as an alternative for those regular user, concept or prospect customers not buying into an aircraft share.

An annual block of hours is bought. Availability is guaranteed and a maximum response time is assured, though may be longer than desirable, e.g. normally at least 6-8 hours and in some cases 24 hours or more. The fractional operator may, however, also charter from other commercial operators to meet its contractual obligations or to minimise its own positioning costs. 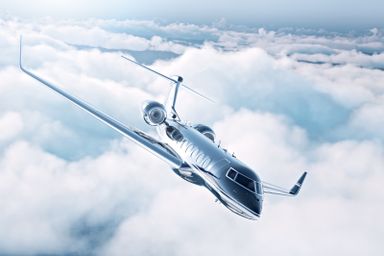 Many owners elect to place their aircraft under the control of a management company, which will provide all the necessary support (crews, training, maintenance, etc.) and which can potentially offset some costs by offering the aircraft to others for charter should the owner so wish. However, revenues may not be relied upon as being predictable over a period of time as availability for charter depends entirely upon the owner’s personal pattern of use. The revenue from chartering is related directly to the availability of the aircraft in the wider market and, most importantly, effective marketing and management of the charter process which may be in an operator’s interest and not that of the owner. In many cases, projected charter revenues are therefore highly subjective and placing an aircraft for charter adds substantially to overall costs in terms of increased crewing, increased maintenance and spares requirements, undue and increased wear and tear, and ultimately a major reduction in aircraft residual value. However, there may be advantages for an owner to lease an aircraft to an operator and chartering it when required.

© 2022 viertelBräu GmbH. (trading in aviation under jets2move.com) All rights reserved.